We specialize in liminal travel, sacred site tours, and connection between the traveler’s spirit and the world at large. We believe that travel can be a vehicle for many things—self expression, self discovery, bonding, celebrations, life affirmation, and a way to bond with a larger world community.

Like the old doctors adage of “take two asprins and call me in the morning,” we firmly believe in a change of scenery and the wild unknown as a cure for what ails.

We also strive to fight the common misconception that all travel needs to be overly complicated and expensive. We believe in empowering you in your own travel knowledge and comfort with classes, tools, and support through our online social media family.

Learn about
your travel experts.

Come meet us at future events
or join us for a tour. 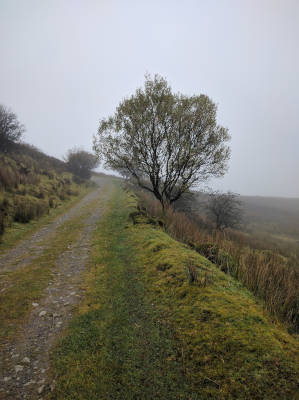 One of the most important experiences I had on my first trip to Ireland with Land Sea Sky Travel was a visit to the Cheathrú Chaol1 complex. The name of the site, ‘an Cheathru Chaol’, means the narrow quarter, which is an apt enough description of the location and the cairns found there (An Cheathru Chaol, 2018). Located across a section of the Breac Sliabh [Brickleive Mountans] in Sligo, the site consists of 14 intact Neolithic cairns and at least one ruined one2 (Carrowkeel Megalithic Complex, 2018). Identified by letters from A through P, excluding I and J3, the intact cairns can be reached after a short hike into the hills from a small parking area and may be entered. The hike is not overly difficult and provides a nice view of the surrounding area when the summit is reached.

Cheathrú Chaol is one of the main sites of passage tombs in Ireland, and includes one of only two cairns that have a roofbox (the other being Sid in Broga4). A roofbox is a small rectangular opening framed above the main entrance of a cairn which allows light to enter through it into the interior. The roofbox of cairn G at Cheathrú Chaol is aligned to the summer solstice, so on that day, the light of the sun illuminates the inner and back chambers, just as Sid in Broga’s roofbox illuminates its back chamber on the winter solstice. Inside, the cairns are laid out in a pattern common to many Neolithic cairns, with a passage to a central chamber and three satellite chambers radiating out from that center. The central area is the largest and most open; in cairn G for example, an adult of average height can stand easily, while the side chambers are smaller but can accommodate an adult who is crouched over.

The complex cannot be dated precisely, but based on what evidence can be gleaned from remains found there, scholars estimate that burials there occurred roughly 5,000 years ago, placing the structures existence to 3,000 BCE (Hensey, et al., 2014). It is quite remarkable considering this level of antiquity that the majority of the cairns remained sealed and with their contents intact until 1911 CE. When they were sealed is another unknown, although it is suggested that the cairns were open and in use for an extended period, possibly over a thousand years, during the Neolithic and into the early Bronze age, with various items dating from between approximately 3000 BCE and approximately 1900 BCE (Hensey, et al; 2018). This being the case, it may be safe to suggest that the cairns were closed when they fell out of usage as active burial places and when beliefs changed in a later period.

Cheathrú Chaol was excavated in 1911 by RAS Macalister and a small crew, resulting in the recovery of a possible 31 Neolithic bodies in the form of bones and cremains, as well as various artefacts, but due to the rushed and destructive approach used, damage was done to several cairns and some material may have been lost (Hensey, et al, 2014; Carrowkeel Megalithic Complex, 2018). Macalister surveyed eight cairns in only 16 days, and when a cairn was blocked or entry through the main entrance wasn’t feasible, his crew dug through the top of the cairn to access the central chamber; there were allegations at the time which still linger today that dynamite may have been used (Hensey, et al, 2014; Carrowkeel Megalithic Complex, 2018). While Macalister’s study has provided important information about the site and its contents that should be appreciated, the damage done also needs to be understood in context. The collapsed cairns and those that were intentionally torn apart for quick access cannot easily be repaired and are still in a state of ruin today. There have been no substantial excavations of Cheathrú Chaol since Macalister’s survey, although there have been some superficial studies and re-assessments of Macalister’s findings.

Surprisingly for such an old and distinctive complex, Cheathrú Chaol is notably lacking from mythology and folklore. It does however appear in some more recent fairylore which is worth noting here. A story dating to the late 19th century tells of a man returning home one night in the vicinity of Cheathrú Chaol who saw a group of fairies carrying away his neighbour’s wife who had just had a baby; he managed to save her and eventually restore her to her husband and infant (Haddon, 1893). Another story from a few decades later relates that there is a “fort surrounded by trees” at Ceathrú Chaol that has long been the home of the fairies who punish anyone who interferes with their property (Fairy Forts, 2018). Cairn D, one of the ruined cairns, is given the name ‘the Fairy Circle’ by the people who live near the site, according to one local person who visits regularly; additionally cairn C was referred to by Macalister in his 1911 notes as being known as the ‘Leprechaun’s House’ locally (Wilmott, 2013; The Sacred Island, 2018).

The cairns can be accessed by the public and this is both a blessing and a curse because it allows people to experience these amazing places, but it has also meant significant mistreatment of the sites. Although the cairns should not be walked or climbed on, they clearly are suffering from such abuse, and when I entered cairn G there was both human rubbish and intentionally placed offerings; the offerings may be well intentioned but many of the items people choose to leave (like coins) are actually harmful to the site in various ways5. The area has nothing in place at the sites of the cairns discussing what they are, their history, significance, or how to properly interact with them, which may also add to the problems in how tourists approach them. These are all important things to consider if you are planning to visit Ceathrú Chaol yourself.

Visiting this site can be an intensely spiritual experience, and I certainly found it to be so. The age of the cairns resonates through the structures and the landscape around them, and although all human remains and other items have, at this point, theoretically been removed, there is still a feeling of presence there. Cheathrú Chaol deserves as much attention as the more well known burial chambers of the Boyne, and it should be on the list of places to visit for anyone looking at spiritual sites in Ireland, despite the lack of noted mythology connected to it. Even without myths, Cheathrú Chaol speaks for itself once you are there.

This error message is only visible to WordPress admins

Make sure this account has posts available on instagram.com.